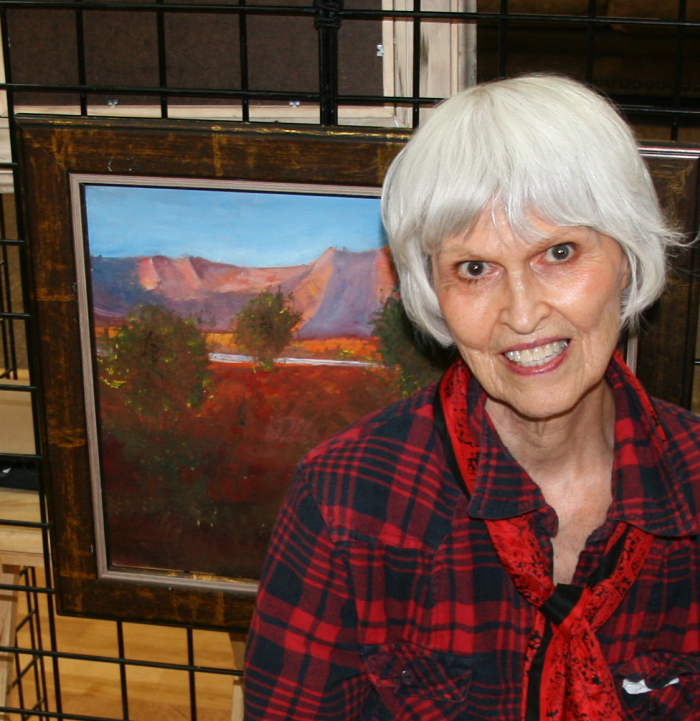 Marilyn McMeen Brown, born and raised in Denver, Colorado, has lived most of her life in Utah. Her years in the west have fueled her interest in western history, fiction, and the visual arts. Most of her seventeen published novels reveal Utah historical experiences. She has won state and local awards for her writings, and now for her paintings.

The greatest challenge of her life was raising Bill’s five motherless children when his wife passed away in 1975. Now those six children have produced sixteen grandchildren, making it an adventure to keep up with many birthdays, weddings, missions and seven great grandchildren.

Some of the most satisfying moments of her life have been others’ generous recognition for accomplishments. She won a first place novel from the state for ROAD TO COVERED BRIDGE, a lifetime achievement award from the Whitney Foundation, and, along with her husband Bill, a “Star” award for a lifetime achievement in the arts from the Scera Foundation in 2018. Her paintings have garnered several awards.